Shares in Aircastle jumped 6% at the close of trading on Friday, continuing the upwards momentum seen in the stock for most of December. Aircastle declared a 4Q2011 cash dividend on its common shares of USD0.10 per share and announced the appointment of J Robert Peart as CIO. Mr Peart, who will join Aircastle this month, will be responsible for directing the company's investment, lease placement and asset sales activities.

Also up strongly was BAE Systems, which gained 1.8%, recovering some of the ground lost earlier in the week. The company announced it may shed up to 1400 jobs, as a result of the UK Governments review of its defence spending.

Shares in Embraer were flat, despite news that the company has decided to launch a dedicated Defence and Security unit. The launch is part of Embraer’s diversification of its manufacturing interests into military and private aircraft. Embraer is developing the KC-390 military transport. 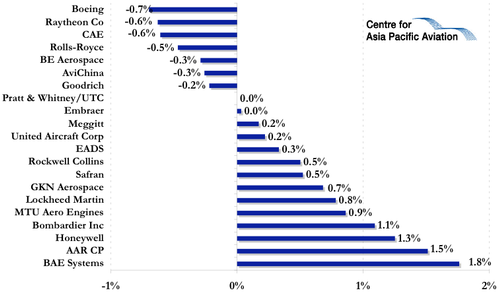 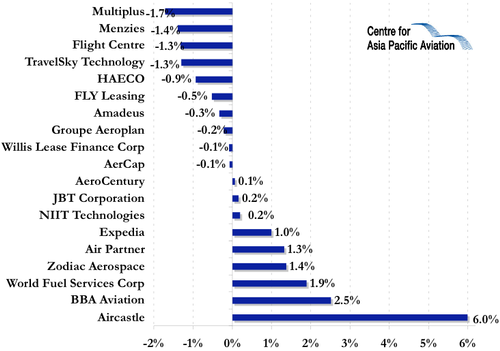