Avianca-Taca launched an IPO for approximately USD250 million on the Bogota stock exchange offering 11.1% of its shares. The carrier reported an operating income of USD3.1 billion in 2010 and a net profit of USD50 million.

Funds raised in the IPO is expected to give Avianca-Taca more ammunition as competition among carriers in Colombia heats up. LAN Airlines recently entered the domestic market in Colombia through the purchase of Aires, the third-largest carrier in Colombia by shares

Meanwhile, Delta Air Lines plans to seek USD2.6 billion in loans to refinance debt, according to Bloomberg. JP Morgan Chase, the bank arranging the financing, will reportedly host a lender call on 31-Mar-2011 in New York. 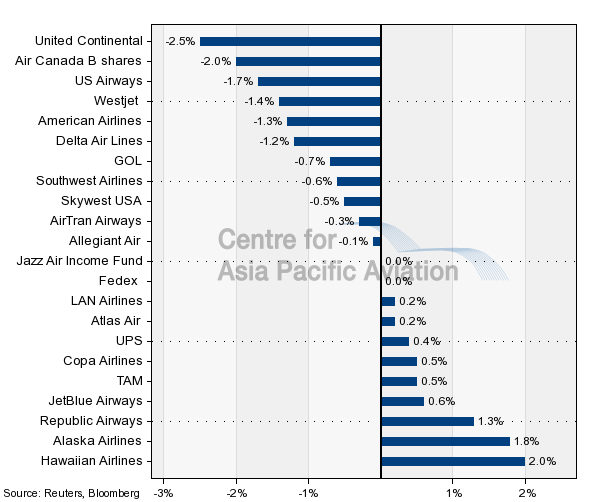