Despite the continued resilience of Australian airports and passenger numbers to the global financial downturn, revenue from ordinary activities and profits for Australian Infrastructure Fund (AIX) have dropped by more than 50% for the year to 30-Jun-2009. The result drove the company’s shares down 1.4% in trading yesterday, but its cautiously optimistic outlook blunted a more serious drop.

Airport assets make up approximately 93.4% of AIX’s portfolio. The majority of its holdings (77.5% of total portfolio) are in Australian airports, with shares in Australia Pacific Airports (Melbourne & Launceston), NT Airports (Darwin), Queensland Airports (Gold Coast, Townsville & Mt Isa) and Perth Airport. The company also has a holding in HOCHTIEF AirPort Capital, which has shares in Athens, Dusseldorf and Hamburg airports in Europe, as well as in Sydney Airport.

AIX’s Australian airports reported average passenger traffic growth of 3.1% for the full year, with Queensland Airports up 7.1%, Perth Airport up 6.1% and NT Airports up 9.5%. Australia Pacific Airports' growth was more subdued, up 2.1%, mostly due to slower domestic capacity growth at Melbourne and Launceston, although more LCC activity is expected at both in the near term. Sydney traffic was up 3.2%, mostly due to good domestic growth. 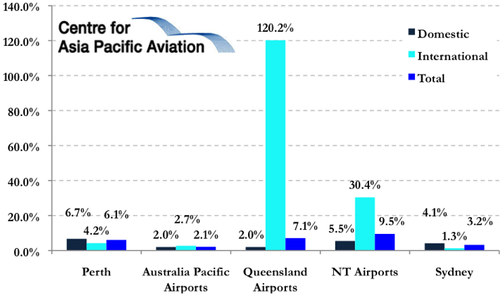 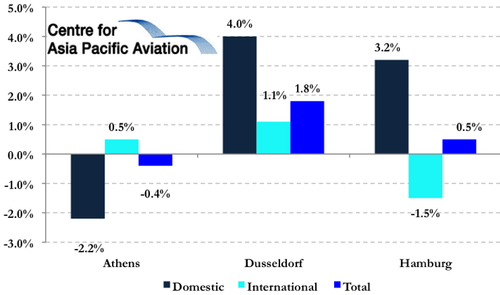 AIX reported revenue from ordinary activities was AUD116.4 million, compared to the AUD246.2 million in the previous corresponding period, a decline of 52.7% year-on-year.

Net profit after tax was AUD100.6 million, down from AUD206.5 million last year, predominately due to reduced unrealized gains from investments during FY2008/2009.

AIX remains “cautiously optimistic” that the strong performance of its airport assets will continue in the short-term. While obviously not immune to the effects of the global downturn, most of the airports have continued to show growth and they have “historically recovered from general economic downturns and event driven shocks within a relatively short period of time”. 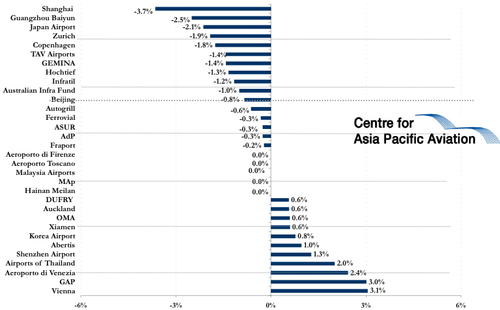