More international capacity is on the way. Emirates will deploy a larger aircraft on the Dubai-Brisbane-Auckland route, increasing capacity by 672 seats per week from 02-Jan-2011, according to a New Zealand Herald report. The airline will use B777-300ER equipment instead of A340-500 aircraft. 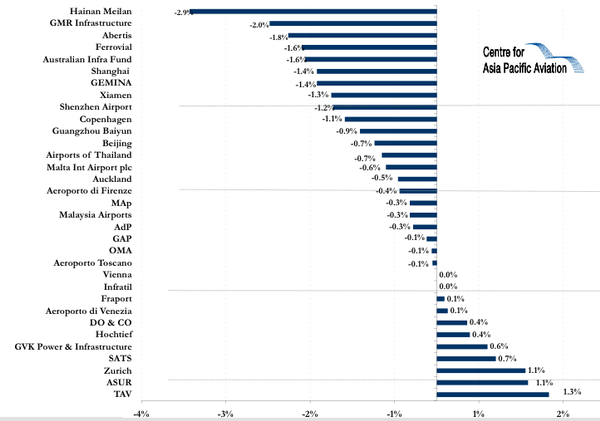 Among the airport suppliers, airport food and beverage operator, Autogrill SpA, gained 2.4% yesterday as its HMS Host unit renewed a concession at Toronto Airport and was awarded new contracts at San Francisco and Sacramento airports in California. 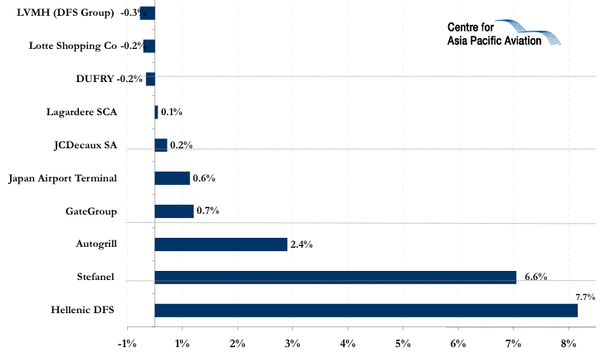