Asiana Airlines and Korea Development Bank announced plans to sell a combined 37.6% stake in Korea Express Co, according to a report by Dow Jones. The companies have sent letters to 10 parties, with a 04-Mar-2011 deadline for EoIs. They aim to select a preferred bidder by May-2011.

Shares in Asiana Airlines were up 3.9% on trading on Friday, on a stronger day for carriers in North Asia. China Eastern Airlines, EVA Airways and Air China all gained ground as well.

Airlines in India saw weaker share performance, with Kingfisher down 4.1% and SpiceJet and Jet Airways dropping 2.3%. The Indian DCGA reported that Jet Airways was the largest carrier by market share in India in 2010, followed by Kingfisher, IndiGo and then state-owned Air India.

Japan Airlines and Qantas subsidiary Jetstar are continuing discussions on a LCC partnership according to Jetstar CEO Bruce Buchanan. 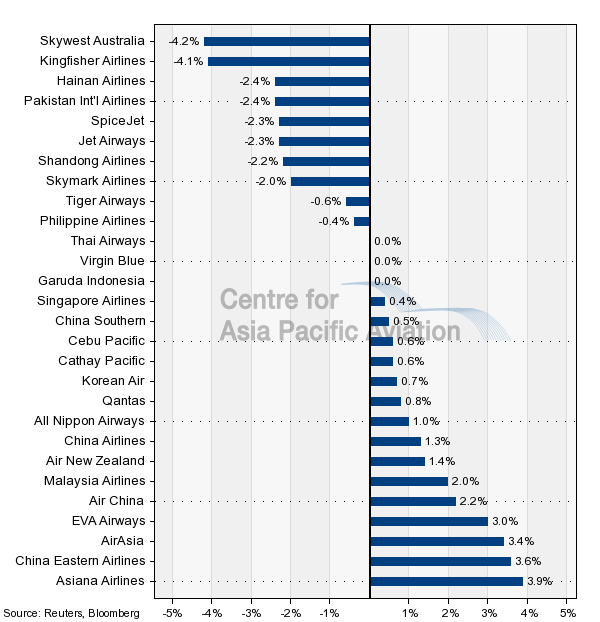