Asiana Airlines’ parent may be put under court receivership - reports

Owners of Kumho Asiana Group, parent of Asiana Airlines, have rejected a demand by creditors that they offer their shareholdings and assets as collateral for fresh loans, according to a report in the Korea Times. All restructuring steps would now be put on hold, with reports that key parts of the group could be put under court receivership.

The Korea Herald reports creditors, including the Korea Development Bank, will hold a meeting as early as today and could move to take over management of Kumho Asiana Group from its founding family.

For further updates on all Asia Pacific airline ownership and restructuring news, direct to your inbox each morning, subscribe to Asia Pacific Airline Daily. 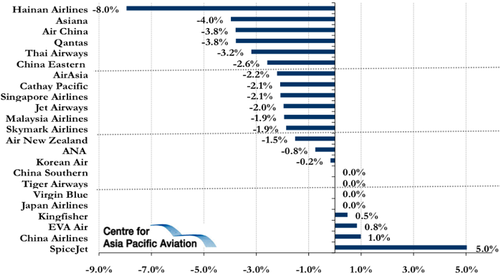