Even with a 4.7% reduction in freight capacity, the average international freight load factor fell by 3.9 ppts to 68.8% for the month. 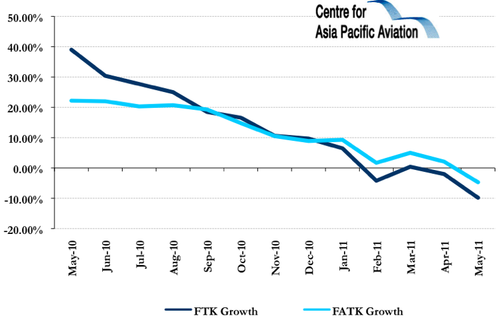 AAPA Director General, Andrew Herdman noted: “The decline in international air cargo traffic reported for May this year reflects some moderation in the pace of global economic growth, affecting Asian exports, especially when compared to the very strong rebound in demand seen last year. However, we may see volumes pick up again in the traditionally stronger second half of the year.”

Over the first five months of the year, AAPA airlines have seen international air cargo traffic decline by 2.4%. AAPA warned that the combination of slower revenue growth and sharply higher fuel costs means airline operating margins are under "severe pressure" and urged airlines to be “continually vigilant in controlling costs, and carefully match capacity to the projected changes in demand”.

AAPA members carried 14.8 million international passengers in May-2011, a 3.4% increase compared to the same month last year, underpinned by "continued strength in both leisure and business travel markets", according to the industry association. 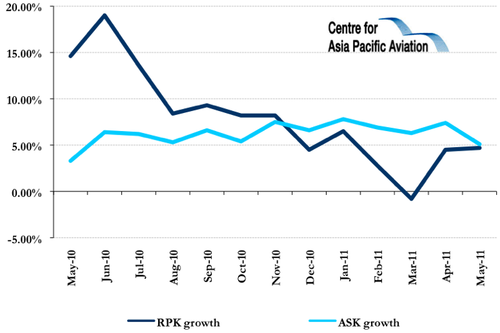 Mr Herdman said, “We were pleased to see continued growth in travel demand, with both leisure and business travel markets showing positive results. Japanese outbound leisure traffic showed some welcome signs of recovery, as did business travel to and from Japan. However, inbound leisure traffic flows to Japan remain weak; it will take more time to fully restore public confidence.” 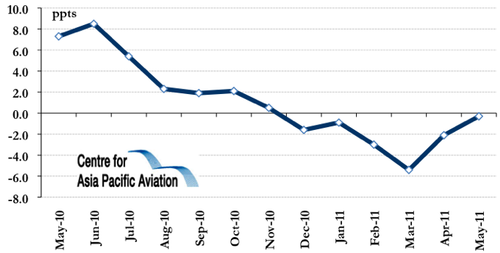 Over the first five months of the year, AAPA airlines have seen 2.5% growth in the number of international passengers carried.

AAPA passenger numbers growth and passenger load factor: May-2009 to May-2011 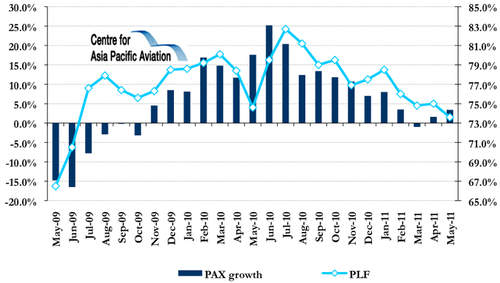