China Eastern and China Southern fell 3.8% and 3.7%, respectively, while Air China (-2.7%) fell despite Cathay Pacific confirming during trading that it has raised its stake in the Beijing-based airline from 19.05% to 19.18%. The move is ahead of Air China’s issue of new A shares (announced in Mar-2010) to up to ten investors, including its parent.

Elsewhere Qantas and Virgin Blue defied a flat close on the Australian Stock Exchange on Friday to edge up 1.4% and 1.7%, respectively. 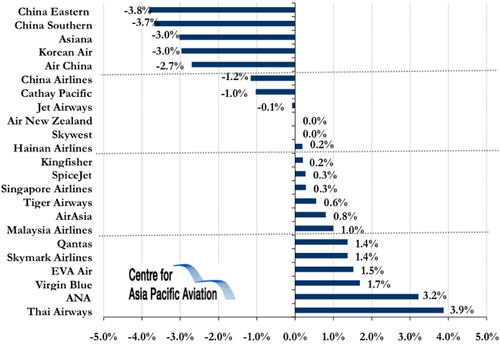