The Asia Pacific region is powering ahead as the world’s largest market for widebody aircraft, with some 82 widebodies scheduled for delivery to the region’s airlines in 2010, jumping to 141 in 2011 and peaking at 148 in 2012, according to the Ascend fleet database. Asia Pacific airlines will take delivery of exactly half of the total widebody aircraft deliveries worldwide over the next three years – well above their current status of operating one third of the world’s widebodies. This speaks volumes about the expanding role of Asia Pacific airlines in global long-haul aviation. 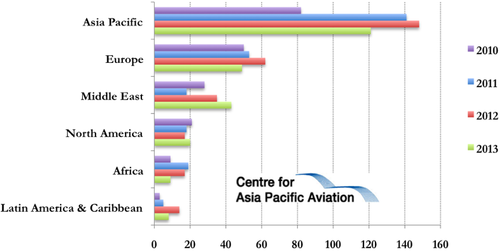 Middle East airlines currently operate 447 widebodies, or just over 10% of the worldwide widebody fleet, but the 2013 delivery plan is some 17% of total scheduled deliveries worldwide that year. 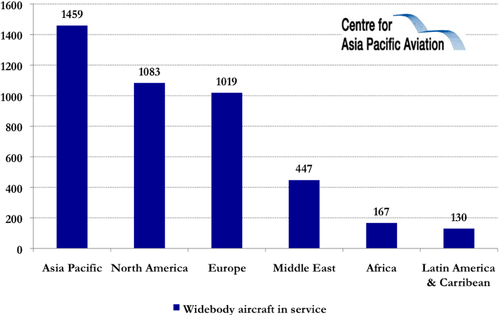 Meanwhile, as US airlines continue to wind back operations, Europe will probably overtake North America as the second biggest widebody market (behind Asia Pacific) by the end of next year. European airlines are scheduled to take delivery of 50 widebodies this year and 53 next, compared to just 21 and 18 for North American carriers in 2010 and 2011, respectively.

These trends have widespread implications for airline financing/leasing sector, as well as airport revenues, affecting everything from route structures to landing charges through to duty free retailing. 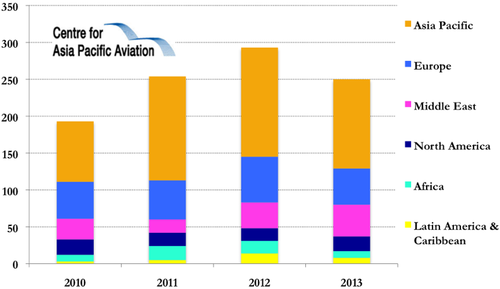 With a little good fortune and some good judgment, this growth sequence may match the tone of the hoped-for economic recovery. But, unless the rate of recovery is faster than current predictions, the likelihood remains of a lot of capacity washing around the system - and an obvious impact on restraining yields.

See related report: Airbus sees strong Asian orders, but not until 2012. Right now, there is too much capacity