“For the month of January, the number of international passengers carried exceeded the December figure, underpinned by leisure travel extending from the holiday period and firm demand for premium class seats. January’s freight volumes were also reasonably solid, although growth will be moderating compared to the major rebound seen in 2010,” Andrew Herdman, AAPA Director General said.

Monthly growth rates have naturally moderated as the recovery phase is completed, although both passenger and cargo traffic volumes have now surpassed their pre-recession peaks. AAPA previously stated that the outlook for 2011 remains "broadly positive".

According to AAPA, Asia Pacific carriers handled 16.1 million international passengers in Jan-2011 for a “firm” growth of 8.0% year-on-year. This builds on growth of 8.1% in Jan-2010, after which passenger numbers increased by double-digits in every month of 2010 with the exception of Dec-2010. 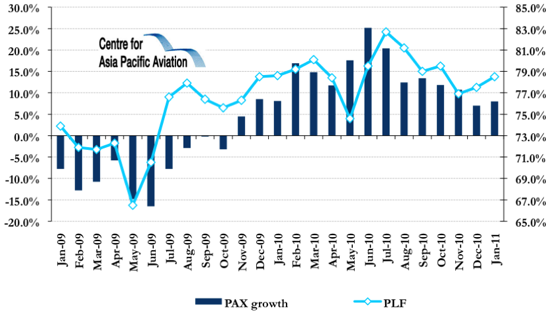 Traffic in 2010 increases at fastest pace in six years

International passenger traffic (RPKs) increased by 6.5% in Jan-2011 although capacity (ASKs) increased at a faster pace, by 7.8%. This marks the second consecutive month when capacity exceeded traffic growth with Dec-2010 marking the first month since Aug-2008 that capacity has grown at a fastest pace than traffic. 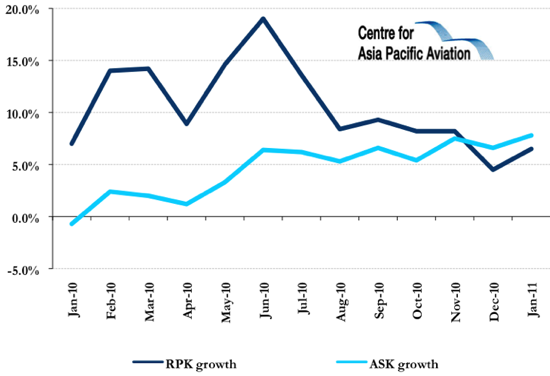 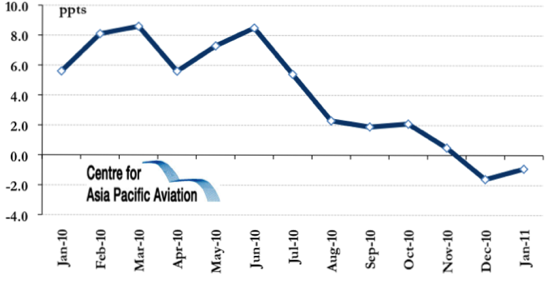 Meanwhile, international air cargo demand (FTKs) increased 6.5% in Jan-2011, the smallest increase since Oct-2009 when cargo traffic declined by 2.4%. Cargo demand in Jan-2011 was outpaced by a 9.3% capacity (FATKs) increase. 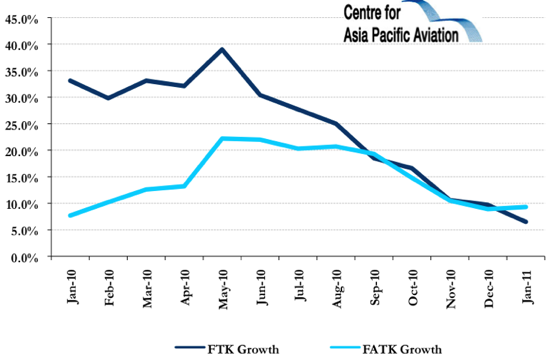 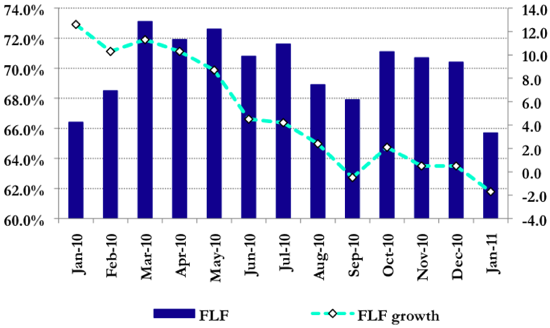 Looking ahead, Mr Herdman commented: “Asia Pacific carriers are projecting further growth in aviation markets this year, with the introduction of new services and frequencies in the coming months. At the same time, Asian carriers are bracing themselves for new challenges, with sharply higher oil prices already pushing up the cost of air travel and adding to uncertainties over the outlook for continued growth in the global economy.”