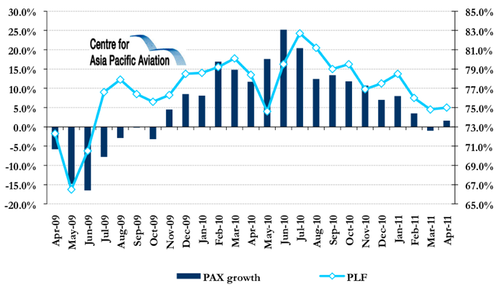 AAPA Director General Andrew Herdman said the April figures “held up pretty well, despite the sharp falls in demand seen on Japanese routes, which normally account for about a fifth of traffic in the Asia Pacific region. Growth in passenger traffic for the month was underpinned by stronger demand on long-haul international routes.”

Mr Herdman added: “Growth rates so far this year have been modest, and are likely to remain subdued in the second quarter as a result of the after-effects of the earthquake and tsunami in Japan, but will hopefully pick up again in the second half of the year.” He said the global economic outlook still remains broadly positive, but warned that demand is falling short of planned capacity growth, and sharply higher fuel costs are “applying further pressure on already thin margins, reiterating the need to strictly control costs throughout the business”. 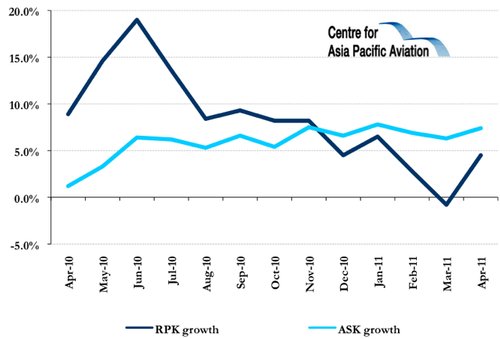 The average international passenger load factor for the month was 2.1 ppts lower however, at 75.0%, as an aggressive 7.4% expansion in available seat capacity (ASKs) outpaced the growth in demand. It was the fifth consecutive month of load factor declines. 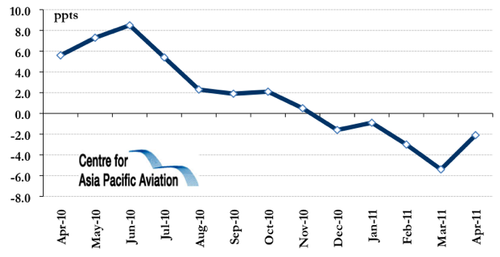 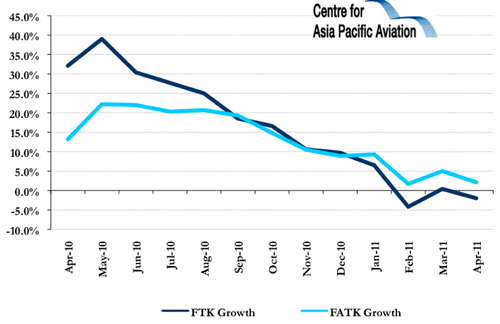