After months of volatile and deeply depressed demand in the first four to five months of 2009, demand levels reported by Europe’s full service carriers appear to have stabilised over the past few weeks. While a recovery is not yet apparent, the stabilisation in demand has enabled carriers to better match their capacity levels. 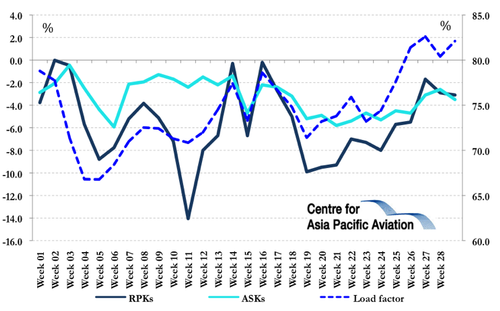 Still, with traffic heading back downwards over the past two weeks, even this is little cause for celebration. Pricing remains under considerable pressure and airlines are having to cut further costs to limit their rates of cash burn. Europe’s mega airlines, such as British Airways, Lufthansa and Air France-KLM, are unveiling more workforce cuts and warning of further tough times ahead. 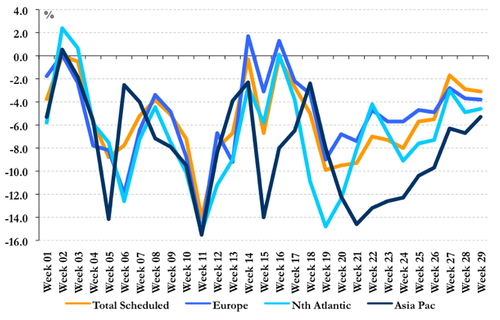 Asia Pacific traffic is still suffering most, with traffic down 5.3%. North Atlantic traffic declined 4.6%, while European trans-border traffic was down 3.8%.

Capacity was reduced by 3.5% by AEA member carriers, with airlines again moving their capacity reductions ahead of the decline in demand. 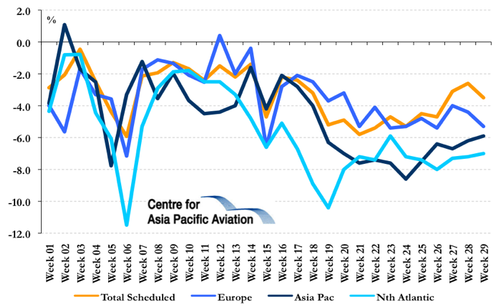 European cross-border capacity showed the reverse trend, with capacity being reduced 5.3% by airlines, compared to 4.4% in Week 28. 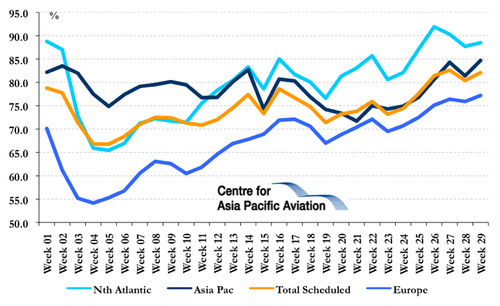