Another B787 hiccup, but first delivery still on schedule – Suppliers Share Wrap

Boeing confirmed late last week that it is sorting out a problem with the B787’s horizontal stabiliser, due to what its has termed “workmanship issues”. Some aircraft have issues with improperly installed shims and the torque of associated fasteners.

A rework will be necessary if discrepancies are found. It is expected to take up to eight days for each aircraft if they are found to require rework.

As Boeing has noted, it is not unusual for issues such as these to crop up during the test flight programme. The problem is relatively minor and Boeing expects that this issue will be addressed within the existing programme schedule. The B787 remains on track for first delivery to All Nippon Airways by the end of the year, as the overall program schedule can accommodate the inspection process and the required rework without jeopardising any delivery commitments.

The stabiliser sections were manufactured by an external supplier, Alenia Aeronautica. Boeing has attributed many of the previous B787 delays with getting its outsourcing system in order, and it has yet to work out all the kinks.

The US manufacturer confirmed over the weekend that it is again slowing production of some B787s. In Apr-2010, Boeing had already stopped deliveries of parts for five weeks, affecting the 23rd and 24th B787s, to allow its supply chain to catch up and to accommodate a flaw found in some parts of the aircraft’s tail.

Boeing is now conducting a Sep-2010 production slowdown for its new jet and reshuffling of some workflows. The “minor adjustments” to the assembly workflow will result in adjusted delivery dates for some aircraft by one to two months. The adjustment is not expected to affect the number of B787s delivered by Boeing over 2010 or 2011, as some airlines have requested later deliveries, while other are pushing to get their aircraft earlier. 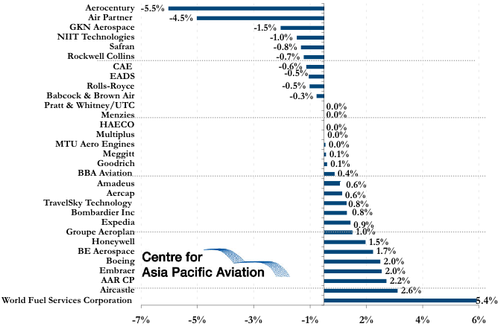