AMR Corp announced unsolicited takeover bids for American Airlines and American Eagle from Sterling Global Holdings have been dismissed and referred to the Security and Exchange Commission as apparent hoaxes. Eastman Kodak stated it believes a USD1.3 billion buyout offer it received from Sterling Global Holdings was a hoax and the company has found no evidence of the existence of Sterling. Meanwhile the company is reportedly seeking additional international route rights for American Eagle as it weighs whether to keep or divest the business.

TAM announced it has signed a letter of intention to buy a stake of up to 31% in TRIP Linhas Areas in order to regain domestic market leadership over GOL. TAM and TRIP are reportedly seeking to strengthen and expand their business and have not yet concluded the talks.

Aeromexico announced it is likely to launch an IPO before Easter-2011. Aeromexico is currently the only large Mexican carrier in the skies after competitor Mexicana ceased operations in Aug-2010 under heavy debt and labour conflicts. The IPO will be available only in Mexico and is part of a two-year, USD1.3 billion capitalisation plan. Meanwhile the carrier also announced plans to add new aircraft to its fleet and launch new domestic and international routes as part of its USD500 million investment programme. In 2010, Aeromexico and Aeromexico Connect increased its market share by 12% to cover 45% of the Mexican market. 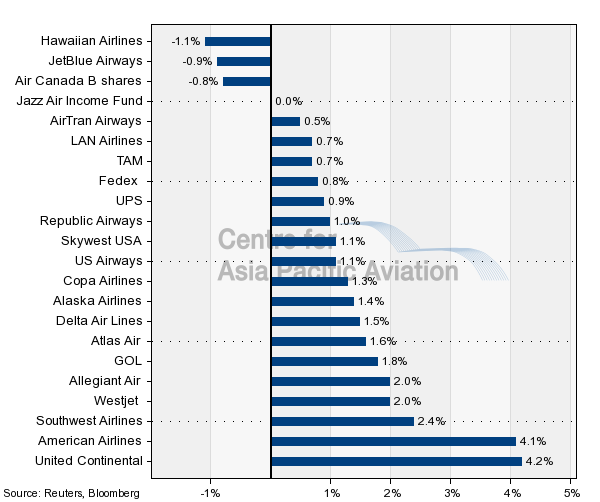