Air Canada meanwhile reported a system load factor of 78.0% in Jan-2011, an increase of 0.5 ppts year-on-year as system traffic increased 9.1% on a system-wide capacity increase of 8.4%.

President and CEO, Calin Rovinescu, stated, "Led by a 28.8% increase over the Pacific, we generated greater traffic in all markets." He added, "Following on the record load factor we reported for the year 2010, these results highlight Air Canada's ongoing determination to operate the airline in a disciplined and efficient manner with respect to capacity and asset deployment." The airline's B shares added 1.9%. 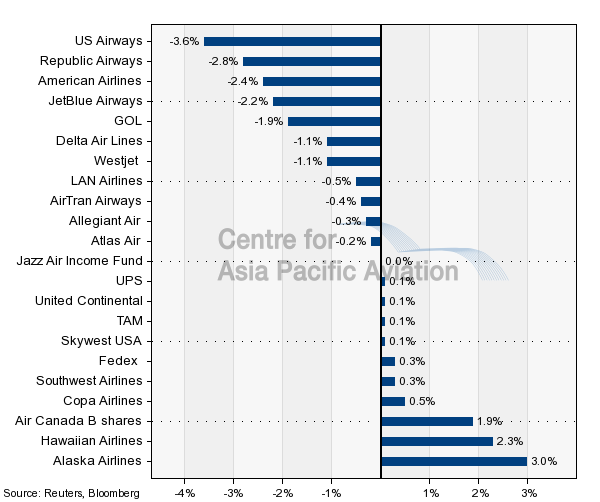