American Eagle would reportedly most likely be spun off to AMR shareholders due to a lack of potential buyers although a sale is reportedly still possible. A separation of Eagle would allow American to seek lower cost ways to serve regional routes and enable Eagle to compete for contracts with other airlines.

American and WestJet expect to implement a second phase of their interline relationship in Dec-2010 that will add connecting opportunities through WestJet's non-stop US services to Canadian cities. The agreement represents WestJet's first interline agreement with a US carrier. 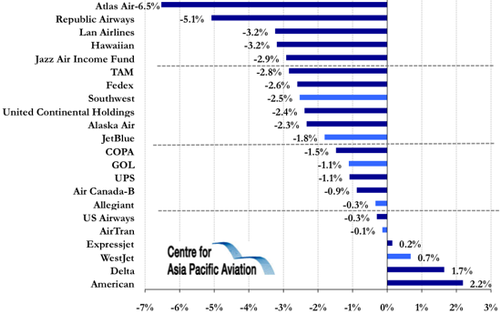