Apart from Allegiant, US airline stocks were hammered down yesterday, as the broader market headed south on renewed concerns over the outlook for the US economy as two major banks disclosed further bad loan exposures. 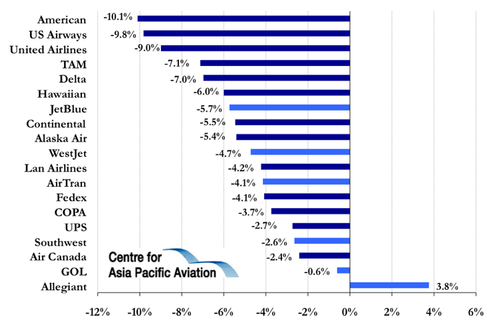