Airport passenger traffic back in positive territory in all categories - ACI

Worldwide airport passenger demand returned to positive territory in Nov-2009 for the first time since the onset of the global financial crisis. Airports Council International (ACI) reports member airports registered a 4% year-on-year increase in passenger movements, including a 3% rise in international passenger traffic and a 5% jump in domestic traffic.

The first eleven months of 2009 showed world passenger traffic decreasing by 3%, with international traffic declining by 5% and domestic traffic falling 2%. 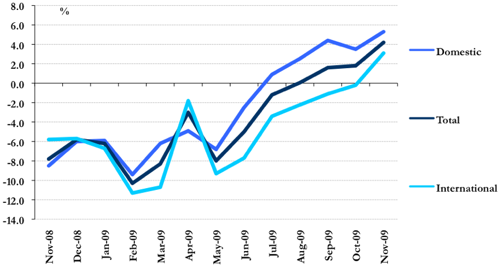 Latin America and the Middle East led the increases, with total passenger increases in Nov-2009 of 14.9% and 11.5%, respectively. The Asia Pacific also bounced back strongly, reporting a 9.5% increase against a year-to-date rise of 2.4%. Europe and North America showed positive growth of 0.6% and 1%, respectively, although year-to-date traffic remains deeply negative. 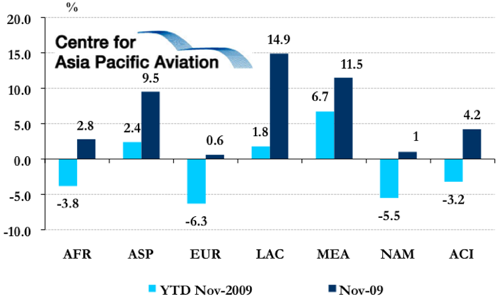 The first 11 months of 2009, total freight declined by 12%, with international freight dropping by a massive 15% and domestic freight falling by 6%. 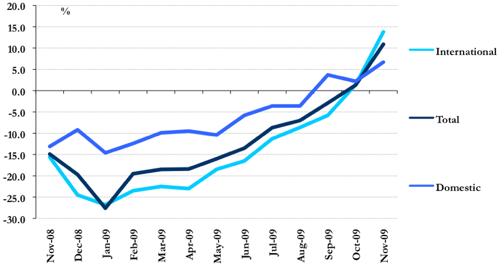 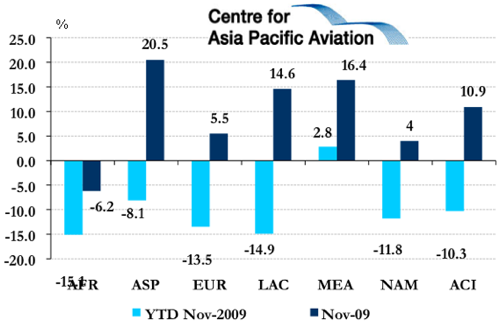