While Boeing has again delayed its B787, Airbus has again denied media reports that it will be forced to delay its new twin-engine widebody, the A350 XWB.

Airbus has already admitted that it has eaten into some of the design buffers it has built into the A350 programme. It has made the move of compressing the flight test programme from 15 to 12 months, similar to the certification timeframe of the B787. The first A350 is due to commence construction in 3Q2011.

However, Airbus Chief Commercial Officer, John Leahy, has rejected a claim in French newspaper Les Echos, that the manufacturer is now looking at a 2014 delivery timetable for its newest aircraft. Mr Leahey has commented that Airbus is “comfortable” with its delivery commitments for the A350, with the first aircraft due to go to Qatar Airways in mid-2013. Les Echos also reported that Airbus has scaled back its production goals for the aircraft, from 18 to 10 in 2013, as well as reductions in 2014 and 2015.

The report comes just a week after Bernstein Research forecast that the first A350 delivery would drop to 2014 and that Airbus will deliver only eight A350s that year. For its part, Airbus is confident that it can apply lessons learned with the A350 and avoid a repeat of the two-plus years of delays that particular programme suffered.

CEO of launch customer Qatar Airways, Akbar Al Baker, had been critical of Airbus and their progress on the A350 programme in 2009. But the CEO changed his tune earlier this year, stating that any delay with the A350 would be just a few months “but nothing more” if problems were to occur. Another major customer, Emirates, warned in Mar-2010 that it would not tolerate a repeat of the delays it suffered with the A380 and thinks Airbus has not built-in sufficient margins to allow for design/testing difficulties.

Given the scale and complexity of new widebody aircraft designs and the involved certification processes, delays are an omnipresent threat in any programme. Of the past three major aircraft programmes (B787, B747-8 and A380), all have suffered more than 12 months delays, and billions in cost overruns and customer damages for Airbus and Boeing. Airbus will be pulling out all the stops to ensure that it does not continue the trend with the A350.

In trading on Friday, shares in Airbus’ parent, EADS, dropped 3.2%. Boeing shares rose 3%, despite the confirmation earlier in the week that first B787 deliveries had slipped by at least six weeks. 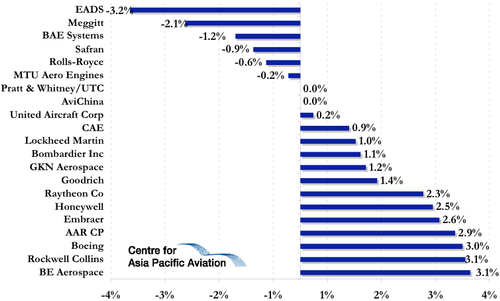 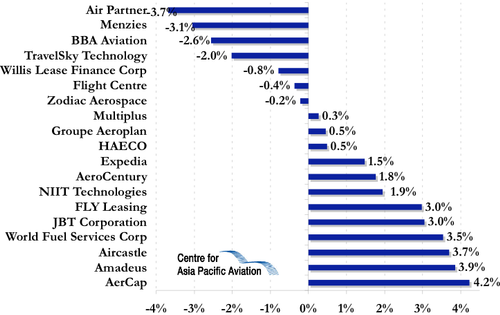