Volga-Dnepr Group's MoU to acquire 20 Boeing 747-8F aircraft, signed at the Paris Air Show in Jun-2015, will result in a significant capacity expansion for the operator of the aircraft, AirBridgeCargo Airlines - making it one of the world's largest operators of the 747 and the biggest with the 747-8.

Assuming it is finalised, a firm order will also be a major boost for Boeing and the 747 programme, increasing the total number of 747-8s on order to 51, including 33 freighters.

The 20 aircraft will be acquired through a mix of purchases and leases over the next seven years, building on AirBridgeCargo's existing fleet of six 747-8Fs, five 747-400ERFs and three 747-400Fs with another 747-8F due for delivery in Sep-2015.

AirBridgeCargo executive president Denis Ilin told Air Cargo News in Jun-2015 that the airline expects to take delivery of two to three aircraft per year. The new freighters will replace the 747-400s as leases expire from 2020, resulting in a fleet of all 747-8Fs by 2025.

The 747-8's nose loading feature points to AirBridgeCargo's planned use

The choice of the 747-8F over other widebody freighter options gives some indication of AirBridgeCargo's future plans. The aircraft's nose loading door enables more flexibility in handling outsize shipments than other large aircraft like the 777F. As Mr Ilin pointed out, the 747 is "more diverse in its capabilities" and the airline sees the nose loading ability as a necessary competitive advantage.

Mr Ilin noted demand for nose loading capability on services from Europe and the US and estimated the 747's abilities are necessary on 75% of flights from Dallas.

The 747's capabilities also enable greater scope for cooperation with Volga-Dnepr Airlines' fleet of IL-76TD-90VD and An-124-100 aircraft. New and existing markets for outsize shipments, particularly for the oil and gas industry, are likely to play a significant role in the airline's future network.

AirBridgeCargo's decision to aggressively increase capacity is a bold move given the state of the global airfreight market, which is struggling with stagnant overall volume growth, declining load factors and yields and variable regional performance.

In its 2Q2015 airfreight report, IATA gave a cautiously optimistic outlook for the rest of 2015 but predicted on-going downward pressure on cargo pricing, even if demand improves. International RFTKs have shown positive year-on-year growth every month since Apr-2013 but at an average of just 3.9%. 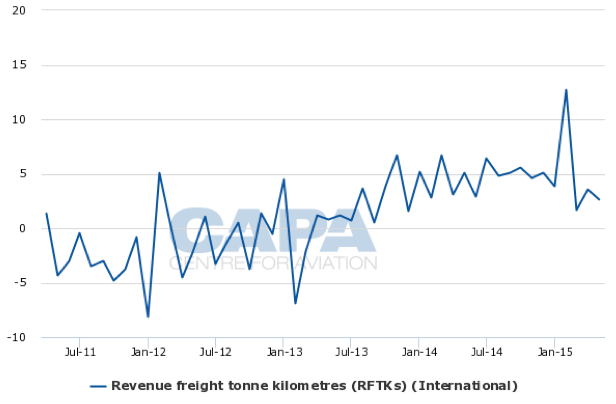 AirBridgeCargo's recent results indicate it is bucking the overall trend. In 1H2015, its tonnage increased 17% year-on-year to more than 218,000 tonnes with a load factor of 67%. Eastbound tonnage between China and Europe increased 26% and westbound traffic increased 6%, despite weakening European imports.

The airline managed to bring its costs down in 1Q2015 while commencing new routes to Helsinki, Los Angeles and Hanoi and expanding existing operations in Asia Pacific, Europe and the US.

Speaking to The Loadstar in Jan-2015, Mr Ilin said sanctions against Russia and depreciation of the rouble have had little impact on AirBridgeCargo's business.

The airline is targetting average growth in volumes of 11% over the next five years. 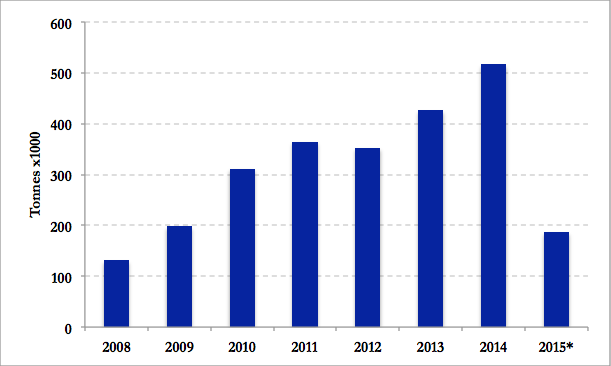 AirBridgeCargo currently operates to 27 destinations in 14 countries. As its network grows, the airline will need to either compete or cooperate with established carriers in Europe, Asia and North America and the expanding cargo divisions of Emirates, Etihad Airways, Qatar Airways and Turkish Airlines.

The Middle East and Turkish carriers' strategy of attracting transit traffic between established and developing markets is proving particularly successful and the performance of the Middle East market is consistently better than other regions, according to IATA.

AirBridgeCargo may do well to emulate Cargolux's cooperation with Oman Air and seek a partner and hub in the Middle East to benefit from regional growth, transit traffic and better access to developing markets.

Mr Ilin has stated the airline is open to any partnerships which add value for its clients. 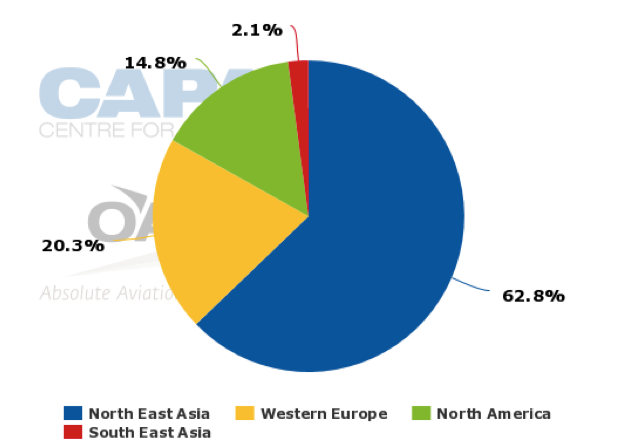 AirBridgeCargo's network is currently dominated by operations between North Asia and Western Europe. The two regions account for 83.1% of total international AFTKs for the week of 27-Jul-2015, according to OAG.

China is by far the airline's largest single country market by AFTKs, followed by Hong Kong, the US, Germany, the Netherlands and Japan. 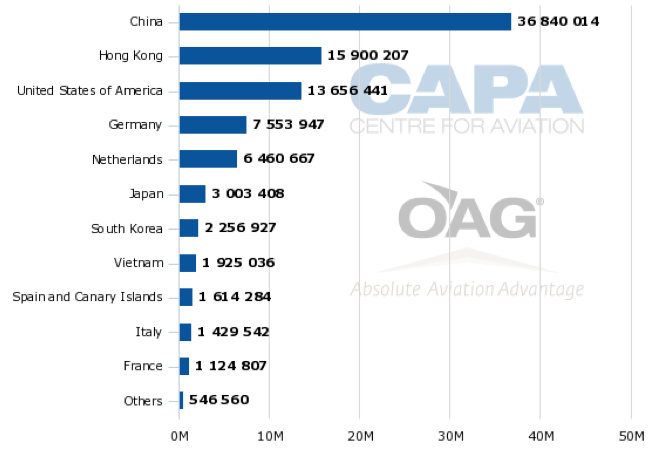 AirBridgeCargo's transition to a global operator

While the key markets of Asia and Europe will continue to play a major role in AirBridgeCargo's operations, the airline has clearly stated it plans to strengthen its presence in the US and also outlined its intention to expand operations within Europe and commence services to Africa and the Middle East. Mr Ilin said the airline is well established on the China-Europe trade lane but noted "huge gaps" remain in its network.

Mr Ilin said, "Our customers are asking us to fly more to the US, to the Middle East, to Africa, and to South America, but unfortunately we cannot provide this type of service at the moment. We have to change ourselves from some kind of regional operator, serving only one or two traffic lanes, to one with global coverage."