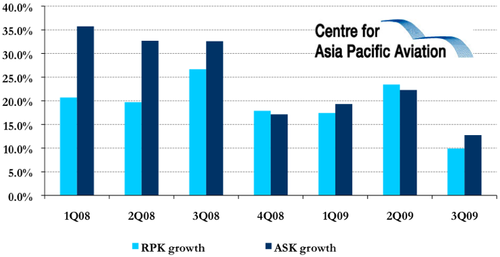 Load factor remained unchanged at 75.4% in 3Q2009, as AirAsia lowered its fares to stimulate demand and capture market share. The LCC took delivery of one A320, for a total of 48 A320 aircraft at quarter end (the carrier’s subsidiaries also received three A320s in the period). This resulted in an 18% increase in the number of sectors flow on a year-on-year basis. 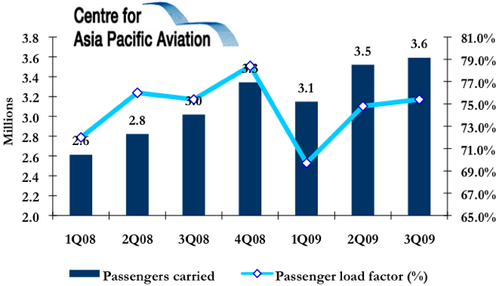 AirAsia has continually asserted that while network carriers are struggling in the current economy conditions, AirAsia has experienced rising demand, and is adding more routes and increased frequencies, enabling the carrier to expand its market share, while simultaneously reporting higher profits.

The carrier is yet to report yield data for 3Q2009, but weaker yields does not necessarily mean lower profits. AirAsia's average yield contracted 12% in 2Q2009, due to a 19% reduction in average fares, but the LCC experienced a 101% increase in profit after tax to USD97.0 million.