Unlisted Air Zimbabwe reported its pilots conducted a strike on 08-Sep-2010 over conditions of employment and payments. Approximately 60 pilots went on strike demanding payment of allowances. It is understood the basic salary for Air Zimbabwe pilots is USD2509, but they also receive up to USD10,000 in monthly allowances before tax.

Air Zimbabwe reportedly stopped paying the pilots’ allowances in Feb-2009 in a bid to reduce costs. Some pilots are also concerned about the carrier's old equipment and lack of facilities for proper rest between long-haul flights, particularly to and from the Far East. The airline’s CEO Dr Peter Chikumba confirmed (08-Sep-2010) the strike saying management was in a crisis meeting with the board to resolve the impasse. Pilots did not accept the USD1000-each offered by management to end the strike. It is unclear whether the strike will be resolved by 10-Sep-2010. 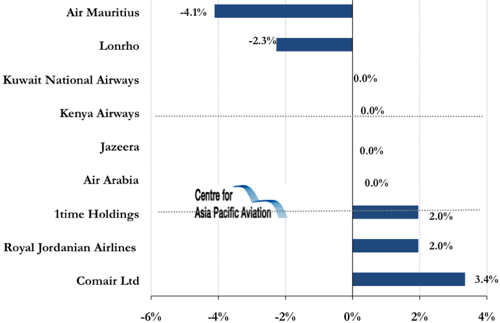