Air New Zealand reported further improvements in demand and load factors last month, but yields are still lagging. The carrier handled 1 million passengers in Jun-2010 across its network, a 7.8% year-on-year increase, with traffic (RPKs) increasing by 5.8% on a 1.7% capacity (ASKs) increase. 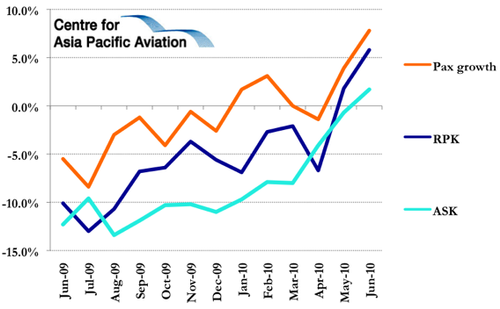 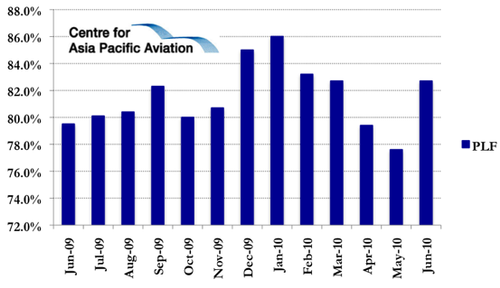 Air New Zealand’s yields have shown some signs of improvement in recent months, although year-to-date group-wide yields remain down 7.1% year-on-year. Group yields in Jun-2010 decreased 1.9% year-on-year, according to CAPA estimates, building on a 4.9% reduction in Jun-2009. Comparatively, yields were in positive territory in 2008. 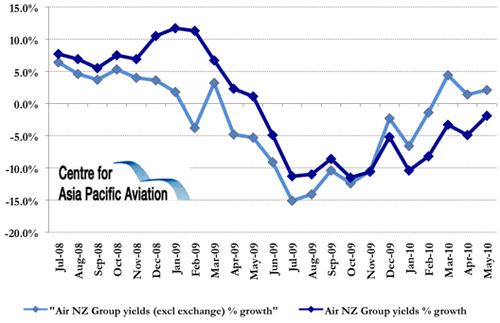 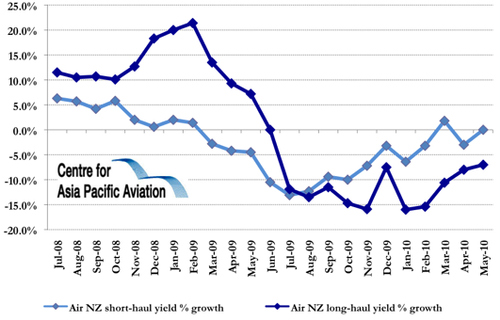 During the month, Air New Zealand reduction capacity (ASKs) on Tasman/Pacific routes by 3.4% with capacity also reduced domestically, by 1.3%. The carrier increased capacity in all other regions.

CEO, Rob Fyfe, has continually commented that the Tasman/Pacific markets are challenging, with “intense competition” and “unstable” market conditions.

As a result, Air New Zealand and Virgin Blue Airlines Group, in May-2010, announced their intention to seek regulatory approval to create an alliance on the trans-Tasman markets linking Australia and New Zealand. The proposed alliance will connect regional centres in Australia and New Zealand, but only as part of a Tasman journey and does not include domestic-only travel in either Australia or New Zealand. Air New Zealand CEO, Rob Fyfe stated the alliance, if approved, will be “one of several measures to improve the airline's competitive position on the trans-Tasman in the face of the Qantas Group's two-airline move for regional dominance”.

Air New Zealand has also previously indicated more capacity will be added to the domestic market as it battles to contain Qantas/Jetstar's renewed onslaught. This is likely to maintain the pressure on its short-haul yield profile in coming months.