Airbus may be looking at another big win for the A320neo, with Air France confirming it is considering the aircraft and is talking to Airbus and engine manufacturers. Airbus has secured more than 300 orders and commitments for the re-engined A320 and recently brought forward the launch of the aircraft to Oct-2015.

Elsewhere, Boeing's mixed week for the B787 continues. After losing an order for eight B787s to Pacific Air earlier in the week, the company has reportedly struck a deal with Kenya Airways, preserving the carrier's order for nine B787s.

The manufacturer has also reported its first B787 test aircraft, ZA001, passed its 1000th hour of flight testing. Boeing stated B787s powered by Rolls-Royce Trent 1000 engines have accomplished 90% of the testing needed for certification, but testing of the GEnex powered aircraft is not as advanced.

GKN Aerospace - which manufactures aerospace and automotive components - has admitted that 1Q2011 output and profitability were hit by the earthquake and tsunami disaster in Japan, severely affecting its operations in the country and leading to component supply problems in Europe and North America. GKN's trading profit - measured  operating profit before restructuring, sold businesses, changes in valuation of financial instruments and amortization - for 1Q2011 was GBP119 million, up from GBP84 million in the same period in 2010.

The company's aerospace prospects are more solid, with Honda selecting the company to supply the composite fuselage for its new Hondajet business aircraft. First deliveries are due in 2012. 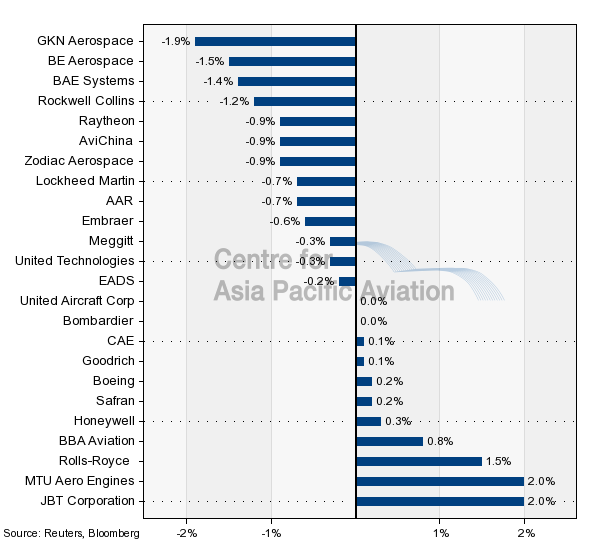