The outlook for the 2010 financial year is not much better, with further losses expected. Air France-KLM CEO, Pierre-Henri Gourgeon, stated, "2009/10 will begin in a context of unprecedented difficulty, with little visibility on how the economy will evolve and on the volatility of factors such as currencies and the oil price".

Investors have been concerned with the lack of visibility about the carrier's earnings outlook and its stock price has fallen 28% so far this year. Air France-KLM's woes had an impact on British Airways and Lufthansa, whose share prices fell 3.1% and 2.4% on Friday, respectively. 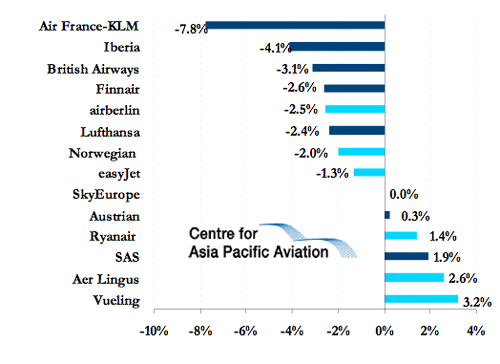