Air France-KLM shares slid 3% on Friday following reports in La Tribune on Thursday that the company is aiming to cut 4,391 jobs by Mar-2013, but with no compulsory lay-offs.

According to the report, the job reductions (which represent a 16.3% reduction from the number of employees as at 31-Mar-2008) would occur in three phases:

Meanwhile the International Air Transport Association (IATA) has expressed frustration by the "lack of progress" on key aviation issues at last week’s meeting of EU Transport Ministers, including the establishing a system in line with international practices on dealing with volcanic ash.

IATA has also been calling for a review of EU compensation regulations for flight cancellations and delays. IATA's Director General and CEO, Giovanni Bisignani, stated: “We are eager to work with the European leadership to develop the solutions needed. But yesterday’s meeting was a frustrating disappointment.”

IATA is also asking Europe to address “distortions to measurements of airline carbon emissions created by airspace closures”, as 2010 is a baseline year for determining allocations under Europe’s emissions trading scheme due to take effect in 2012.

Bisignani reiterated his call for a real European Single European Sky (SES). “We have been waiting decades for Europe to unite its skies. The volcano resulted in tiny promises of incremental progress on some elements of the SES. As the transport ministers are not able to take leadership on this issue, I call on heads of State to end the decades of embarrassment caused by this European failure and set a date for the Transport Ministers to deliver the EUR5 billion savings that a real SES will bring,” said Bisignani. 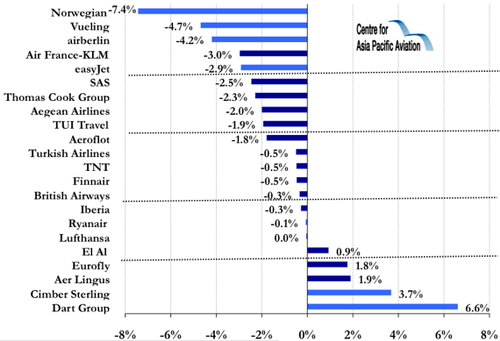