Meanwhile, China Eastern Airlines climbed 5.9% after gaining approval from The China Securities Regulatory Commission to take over Shanghai Airlines, whose stock was up 2.2%.

HSBC China Manufacturing PMI Data, compiled by Markit, revealed that manufacturing in China experienced the “most marked improvement of operating conditions in the Chinese manufacturing economy since the first month of data collection in April 2004” in Nov-2009, offsetting concerns on global markets regarding a potential loan default by Dubai. 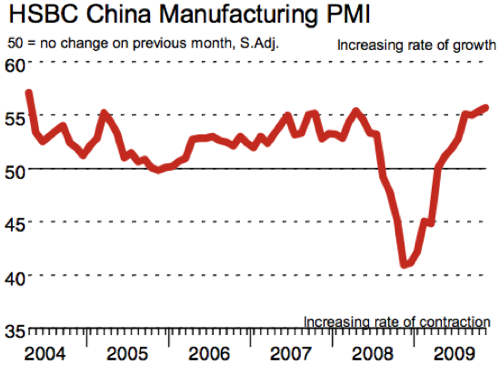 CEO, Tony Tyler, commented, “there will be demand for the premium service. The question is will they come back in sufficient numbers, sufficient strength for us to get our yield up”.

In South East Asia, Singapore Airlines CEO, Chew Choon Seng stated the carrier is starting to see an improvement in load factor, particularly in First and Business Class. The carrier, whose shares were up 1.7% yesterday, reported a load factor of 81.1% for Oct-2009.

Thai Airways CEO, Piyasvasti Amranand, in an address to the Foreign Correspondents Club of Thailand (FCCT), stated he believes the worst of the global financial downturn is now over, and the carrier may be able to return to a small profit in 2010.

He warned, however, that competition within the aviation industry was sure to continue and that THAI would have to maximise efforts to reduce operating costs and improve yields, which were currently "unacceptably low".

Jet Airway’s stock was the second biggest gainer in the 'A' group on the Bombay Stock Exchange.

The main Dubai share index, meanwhile, slumped more than 6% yesterday, despite efforts by Dubai World, the company at the heart of the crisis, to restructure approximately USD26 billion in debt. 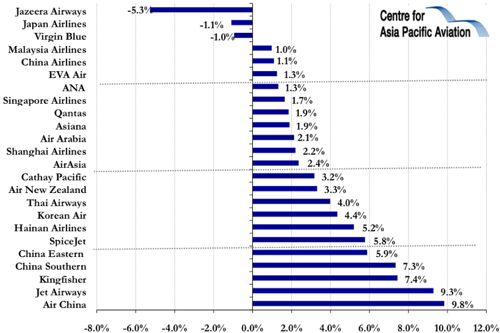