Air China has signed an agreement for CFM56-5B engines to power 20 firm A320 orders to be delivered from 2011.

Shares in Air China and China Eastern fell 3.2% and 1.1% in Hong Kong yesterday, respectively, but rose in Shanghai trade. The benchmark Shanghai Composite Index soared 2.1% on expectations of a stronger yuan, which will help lower Chinese airline fuel and aircraft costs. 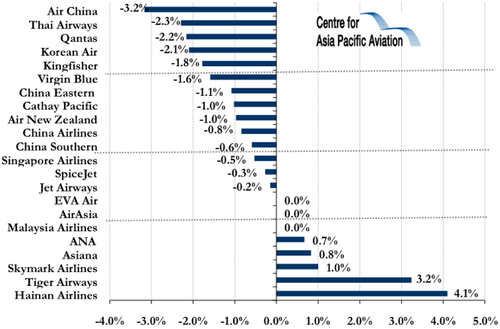