Royal Jordanian Chairman Nasser Lozi stated he is confident the carrier will end the year with “satisfying results,” adding the carrier is in “constant search of new means of boosting revenues”.

Jazeera Airways (0%) announced it exceeded the 1 million passenger mark for 2010 by Sep-2010 bringing the total number of flown passengers since its establishment in 2005 to 6.5 million, or two times the total population of Kuwait. Jazeera Airways celebrates its fifth anniversary on 30-Oct-2010. 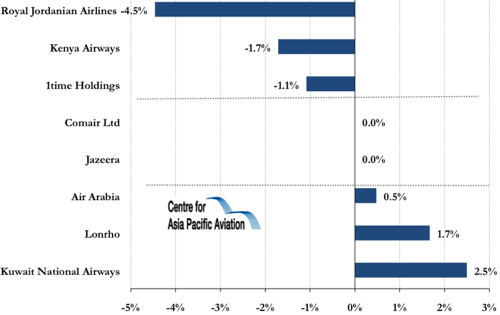