Kenya Airways (0%) resumed Nairobi-Malindi services following a two-year suspension due to losses on the route early in 2009. 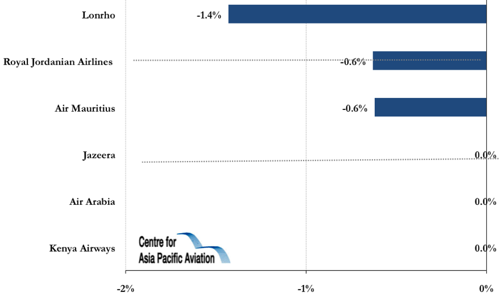