Aeroports de Paris’ (AdP) shares fell 4.9% on Friday after CEO, Pierre Graff, stated the airport operator has no plans to scale down its EUR2.4 billion Paris airport expansion plans, despite the additional capacity not being required for approximately ten years due to the global financial downturn.

AdP plans to construct a EUR560 million terminal, Satellite 4, increasing capacity at Paris Charles de Gaulle to 80 million passengers p/a. The new terminal is expected to be completed in 2012. According to a Bloomberg report, Mr Graff stated AdP could have postponed the construction but decided to proceed with the project due to increased competition for stopover passengers from London Heathrow and Madrid airports. 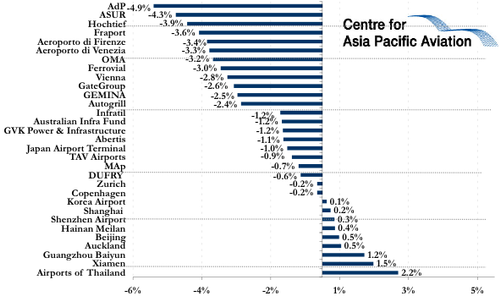