Much of the revenue increase was due to a one-off USD600,000 gain from insurance proceeds, after one of its DHC-8-100 aircraft  sustained significant damage in Jan-2010. EBIT was USD2.9 million, an increase of USD1 million over 1Q2009.

Mainline lease revenue was up just 3.9%, due to new operating lease revenue from aircraft engines purchased during 2009. The new revenue was partially offset by aircraft that were off lease in the quarter, as well as a slight drop in maintenance income.

Costs were down 3.3%, mostly due to lower depreciation and interest expenses. 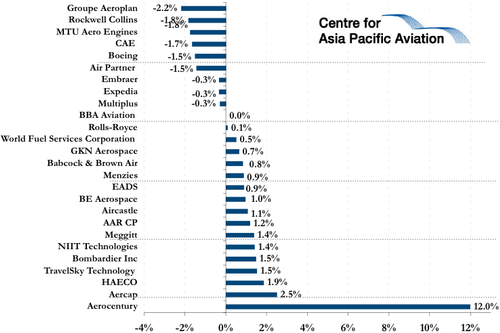