Shares in Aer Lingus rose 3.9% on Friday, upon the release of the carrier’s traffic report for 2009 and expectations of reporting an operating profit for 2H2009.

The Irish carrier anticipates that demand will “remain soft” in 1H2010 and will continue to focus on capacity management to enhance its load factor and improve yields. Aer Lingus expects to report a “small operating profit” before the affect of one-off exceptional items in its 2H2009 results, due to cost saving efforts, including long-haul capacity reductions and “tactical” route cancellations, and better than expected yields in the period. 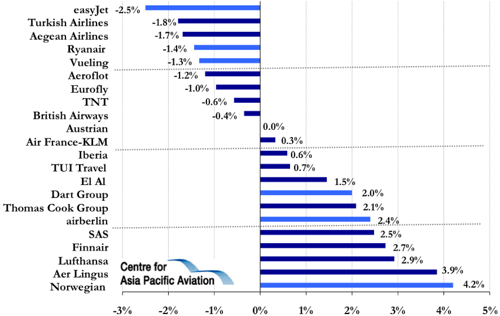