AENA values itself at EUR30bn ahead of privatisation moves

AENA - Aeropuertos Espanoles y Navegacion Aerea – the government-controlled Spanish airports operator has reportedly valued itself at EUR30 billion as it leads up to a partial privatisation. The Spanish Government is studying various options to privatise 49% of the company, as it struggles to pay down national debt. The government is reportedly due to approach investment banks to advise on the sale.

Shares in Spanish airports and infrastructure company Abertis were up 2.9% on Friday. The company completed the sale of 40 million shares in Italian infrastructure and construction company Atlantia, raising EUR626 million and resulting in a capital gain of EUR151 million. The 6.7% stake was sold via a private placement to institutional investors in the US and Canada, as well as infrastructure funds and Italian and European investors, according to a Bloomberg report. Shares in Ferrovial were slightly lower, down 0.2%. 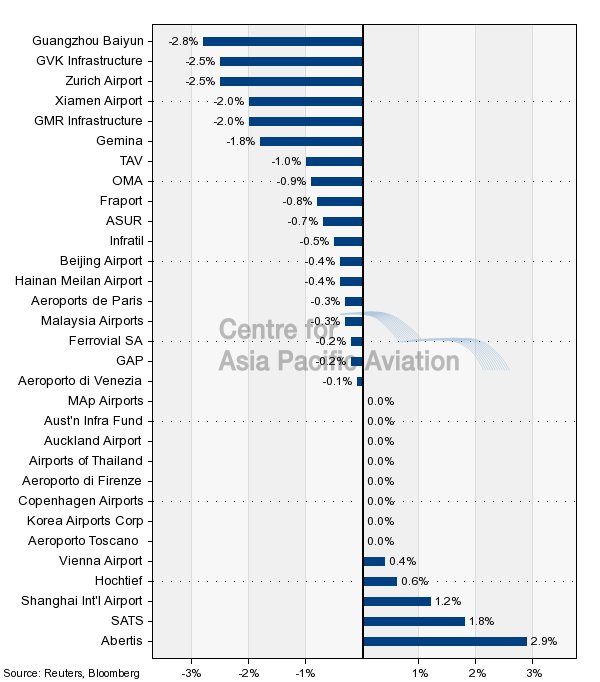