Asia Pacific flag carriers are in a purple patch, buoyed by surging cargo demand and stronger international passenger traffic and yields. The Association of Asia Pacific Airlines (AAPA) has however warned against complacency. AAPA’s Director General, Andrew Herdman, noted that Asia Pacific-based airlines have seen a solid recovery in leisure and business travel, as well as robust air cargo demand, with overall traffic back to pre-recession levels. 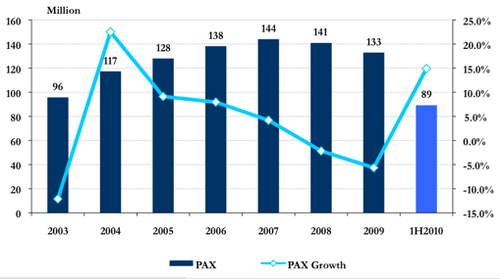 He concluded that the business outlook for the coming months remains “broadly positive”, with the International Monetary Fund projecting a global economic growth rate of 4.6% for the year, led by 9.2% growth in Asia’s more dynamic economies. But he stated that while member carriers are well positioned to meet the expected growth in demand through a combination of new aircraft deliveries and further improvements in fleet utilisation, “even with an improving revenue environment, strict cost disciplines are still the key to success in this business.”

Preliminary figures for the month of June released by AAPA reaffirm the strength of the ongoing economic recovery, with “significant” growth reported for both passenger and freight traffic. AAPA member airlines carried a total of 15.1 million international passengers in June, a 25.2% gain compared to the depressed volumes seen in the same month last year. International passenger traffic, measured in revenue passenger kilometres (RPK) grew by 19.0%, “indicating particularly strong growth on short-haul routes”.

AAPA’s membership does not include the even faster-growing Chinese and Indian airlines. 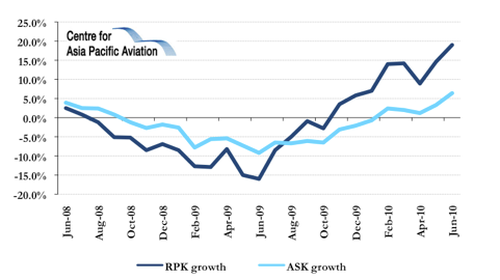 Available seat capacity grew by a moderate 6.4%, resulting in a massive 8.5 ppts increase in the average international passenger load factor to 79.5%. 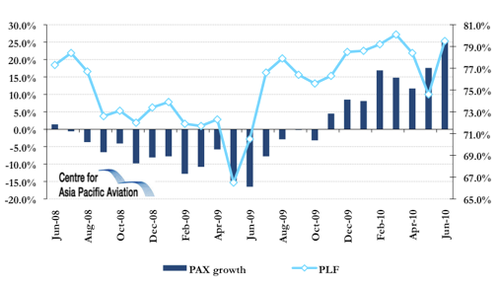 International air cargo demand also remained robust in June, with Asian carriers reporting a 30.4% surge in freight tonne kilometres (FTK) compared to the same month last year. Even with a 22.1% expansion in freight capacity, the average international cargo load factor grew by 4.5 ppts to reach 70.8%. But 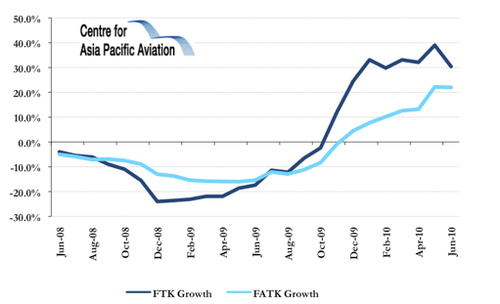