Airbus had a wildly successful Paris Air Show last week, firm purchase orders for 418 aircraft worth around USD44.0 billion, and MoUs for another 312 aircraft, worth USD28.2 billion. The manufacturer sold 12 of its flagship A380, two to Skymark Airlines and another 10 to an undisclosed customer, but two expected A380 order announcements never occurred.

Earlier in the month, Hong Kong Airlines stated it would announce an order for A380 equipment at the Paris Air Show. However, political backlash over Europe’s plan to bring international airlines into its emissions trading scheme from 01-Jan-2012 has reportedly seen China blocked the order as a point of protest. The A380 agreement is reportedly in the Airbus order book, although media reports indicate that the signing ceremony was cancelled due to uncertainty regarding the order. Aircraft purchases from Chinese airlines require Chinese government approval.

Airbus CEO Tom Enders had previously expressed concern to the EU climate commissioner, Connie Hedegaard, that it was “madness to risk retaliation” from such influential players as China over the issue.

Also failing to materialise was an anticipated Qatar Airways A380 order. The carrier's CEO, Akbar Al Baker, had announced in May that the carrier was looking at placing a small order for additional A380s during the Paris Air Show, possibly for five to 10 aircraft. Also expected was an order for either Airbus' A320neo or Bombardier's CSeries, or possibly both, neither of which occurred. 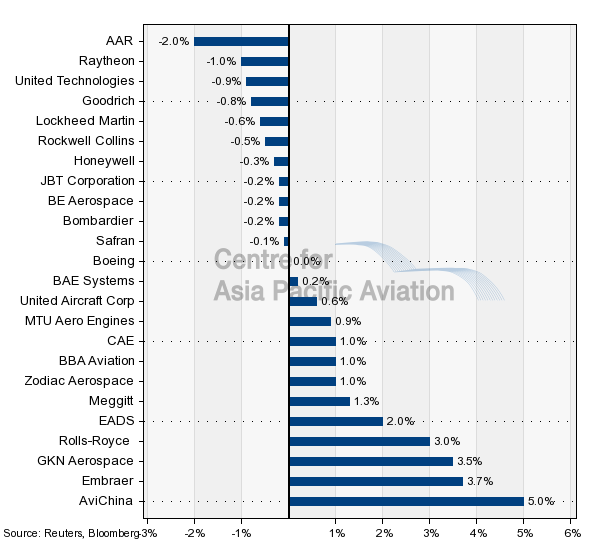