Star Alliance has completed its development of a common long-haul economy class seat its member airlines can avail themselves of. The B/E Aerospace seat is approximately 30% lighter than existing seats, and 15,000 of them will be installed by the end of 2012 on long-haul aircraft from Air China, Austrian and Lufthansa, the three initial customer airlines. Installation will begin in the northern hemisphere's 2012 summer.

The initial production for 2012 is a small portion of Star Alliance's total long-haul economy seats, which number upwards of 800,000. The cooperative effort marks the first time an alliance has attempted to create a common seat that could be adopted by multiple airlines. Lufthansa has previously deployed a common short-haul economy seat across its brands, including Austrian and Lufthansa.

The seat was unveiled at Star Alliance's annual CEO meeting in Addis Ababa earlier this month. 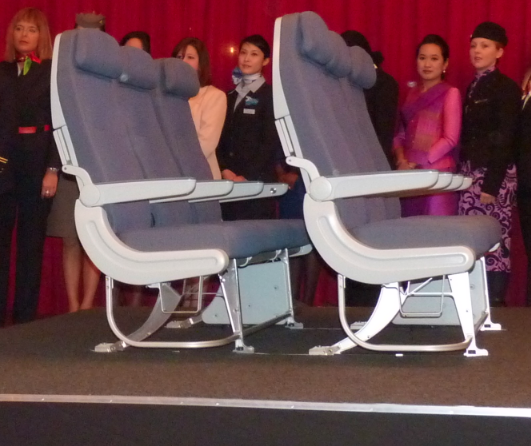 The seat was designed using the input of many Star Alliance members with the goal of creating a common base unit that could then be customised by each carrier according to its interior design and in-flight entertainment (IFE) needs. Each airline is able to choose seat coverings and can vary the IFE installation according to its individual needs and requirements. Prior to finalising the design, the seat was tested by passenger groups in Frankfurt and Beijing in association with Lufthansa and Air China.

With weight being ever more a concern in an age of high fuel prices, the new seat is approximately 30% lighter than existing seats and pivots at the base when reclined, making it less intrusive on the space of those behind. Star says the design allows for more legroom and personal space even though it is intended to be installed with a standard 31” pitch. The seat width is 17”. Star claims the seat is the most competitive architecture currently available in the market, surpassing all others in terms of weight, space and comfort.

Star plans to have a base and advance version of the seat but has not yet supplied details. 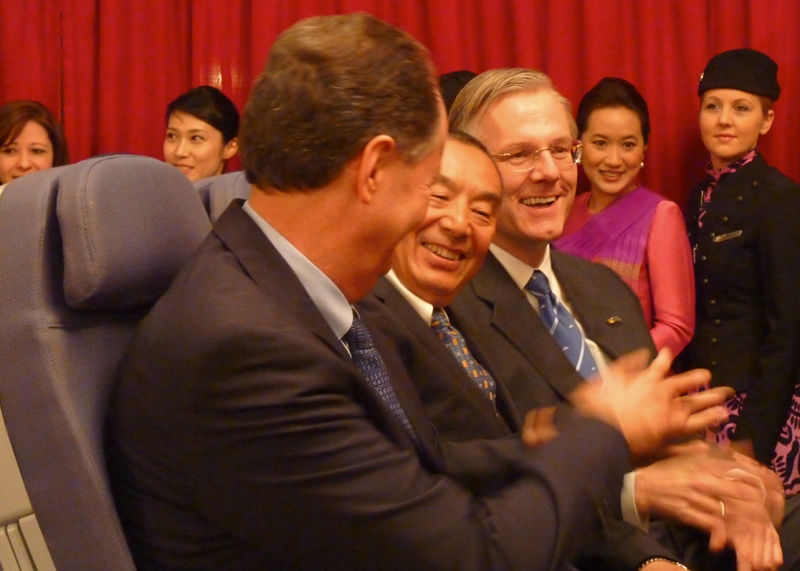 Star Alliance says it selected B/E Aerospace to manufacture the seat partly because B/E is the only seat supplier that has had a consistent record of on-time deliveries in recent years.